← more from
Backlash Music
Get fresh music recommendations delivered to your inbox every Friday.
We've updated our Terms of Use. You can review the changes here. 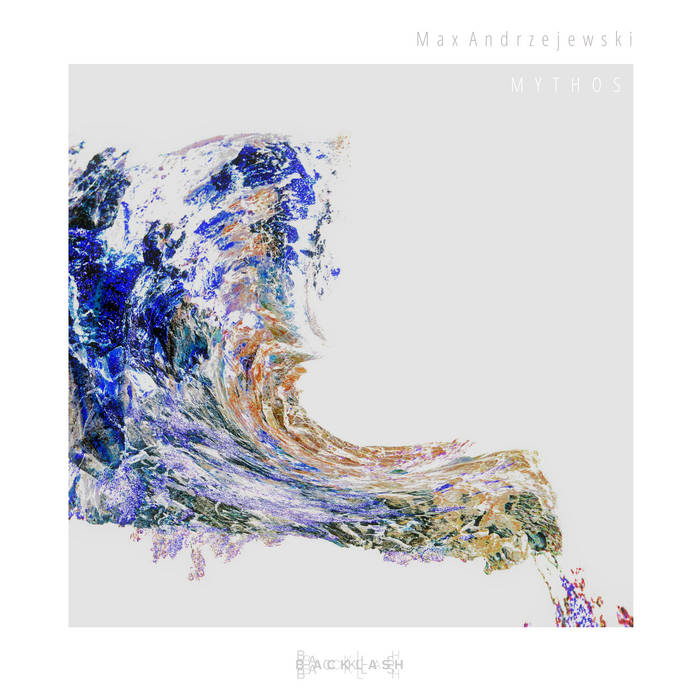 Combining both composed and improvised elements and performed played by a 12 piece ensemble, the music is born out of Max’ violent interaction with Richard Wagners infamous Ring Cycle. In Mythos, Max has created an hyper imaginative work that deals with the artistic remains of a much heralded prophet of classical music the way it maybe should be dealt with: scrap it and leave it for parts.


"... convinces with dazzling tones, meandering motifs and a lack of bombast." taz (GER)

Mythos doesn’t sound like the product of someone stumbling his way through an alien landscape. Andrzejewski wasn’t cowed by the Wagner legacy, and he boldly disregarded convention in digging out little pearls from which to construct his own music. “I’m working on two strange things at the same time, playing drums and writing chamber music,” he explains. “I always try to bring it together.” The seams between disparate traditions and practices are increasingly invisible in his work, and the possibilities only seem to broaden under his assured, feverish creativity.

All music composed by Max Andrzejewski

Max was assisted by Gerrit Netzlaff